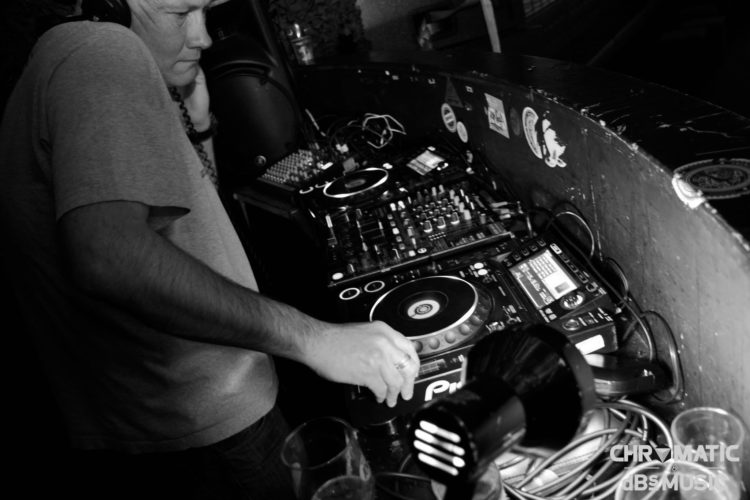 UK-based producer Enyon has had plenty of time to develop his own sound. Whether it’s boogie, disco or house, his compositions and productions are always uncompromising with the future always in front of him and never forgetting what has already passed…

Enyon (aka Si Gordon) grew up in the south west of England in the late 70’s and 80’s, he was exposed to and influenced by artists like Quincy Jones, George Clinton, Bootsy, Odyssey, Loleatta Holloway, Giorgio Moroder, Nile Rodgers, Derain, Ultimate, Grace Jones, Kraftwork, OMD & John Davis amongst so many more..

All this amazing soul, disco, funk and early electronic music influenced his own music many years later when he finally made his name in the soulful house scene as the Stereo Mutants. With music spanning over a 15 year period on legendary label’s such as Defected records (UK), Soulfuric records (US), Hardsoul Pressings (NL), Sony/BMG, MN2S(UK), Bubblesoul music (Spain), Duffnote (UK), Maya records (NYC) and remixing the likes of Sam Sparro, Central Avenue, DJ Dove, Keith Thompson, DJ Meme, Clemens Rumph and many more, he’s amassed an impressive discography and remixography over the years.

A quick listen to any of his productions or one of his superb DJ sets will confirm this attractive, emotion-rich aesthetic. While rooted in house, his sound currently takes on flavours of disco, boogie and deeper choice grooves.

Si has travelled the world as a DJ in the past 27 years, playing as far afield as Australia, Asia and the United States, as well as regular appearances in Europe and the UK. Refreshingly, he seems to have no particular aspirations to play in gargantuan clubs and admits to preferring gigs in small, intimate venues, where he can make a connection with the crowd, these types of gigs have always been his favourites

As a producer, he is constantly learning and evolving, taking his sound in different directions. He admits to a love of fusing live and electronic instrumentation in all his productions and has a ‘slight’ fetish for vintage synthesizers, after all he did grow up in the 70’s and early 80’s!

He currently holds a residency at www.moderndisco.co.uk and tours internationally as Enyon, plus produces a monthly radio show on www.thesourcefm.co.uk entitled a ‘Journey Through Disco’ which features a who’s who of the current disco scene.