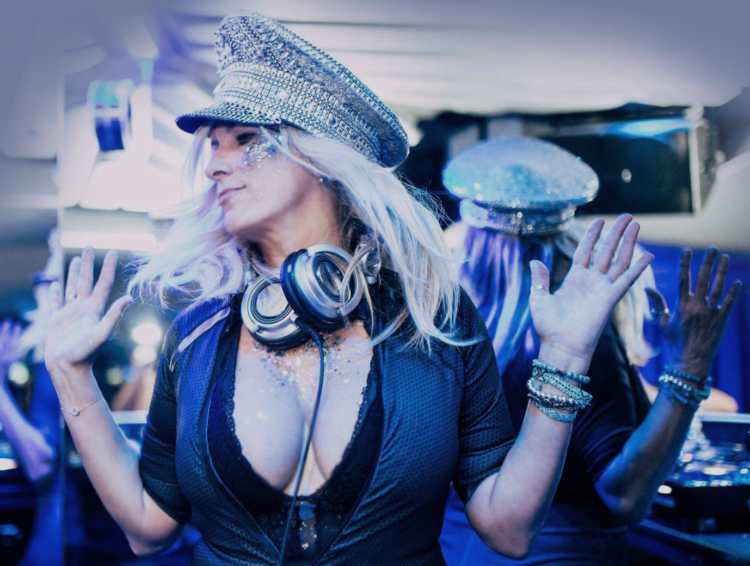 Lisa Loud is without doubt the “The first lady of dance music”, with a phenomenal career that has spanned 20 years, Lisa is widely revered and admired as one of the UK’s top female DJ’s. With her extensive musical background and expertise, Lisa can ignite any party in the world, from the fashion Glitterati of Milan to the discerning floors of Ibiza.

Lisa combines glamour, elegance and sophistication on the decks with her trade mark of tribal infused tech house music – you can not fail to be seduced by Lisa’s sounds!

As a youngster Lisa was always a fan of Dance music, enthusiastically following the likes of Mowtown and collecting 12″s by her early teens. However her love affair with house music developed when fellow DJ and friend Paul Oakenfold persuaded her to jump on the other side of the decks and learn the craft of DJ’ing. With a donation of records and Oakenfold confidence, Lisa soon became his protégé, Opening up for him at legendary Clubs such as ‘Future’ in the Soundshaft and ‘Spectrum’ at Heaven, these clubs are regarded throughout the world along side Danny Ramplings smiley faced Shoom as the instigators of what has become the Global clubbing industry.

As the Scene soared its way through the 90’s, a nation of eager club promoters were born. Lisa had already established herself as a respected talent and her services as a DJ were in great demand, it was time for Lisa to spread her wings and embark upon new stomping ground! Lisa immediately became a regular fixture at parties hosted by the nations most charismatic promoters, the one and only Dave Beer of Back 11 Basics, James Baillie at Nottingham’s Venus, the extraordinary Barry’s from the Empire in Middlesborough and Charlie Chaester’s well documented hedonistic FLYING parties, to name a few. With these feathers in Lisa’s cap the world was fast becoming her oyster.

At the turn of the century Lisa’s life as a DJ is more jetset than ever, leaving the motorways of the UK behind and adopting air travel as her means to get to and from a gig, these days Lisa is a fully fledged member of the international DJ’s sect. With a diary comprising of shows from Eastern Europe to South East Asia, Miss Loud is officially having the time of her life. From the year 2000, shows at Home in Sidney, La Belle Shanghai, Zouk in Singapore, XIII in Moscow, Stern Radio Berlin, Various spots in Dubia, Istanbul, Bodrum, Egypt, Kremlin in Amsterdam, Floret in Budapest, Embassy in Jakarta Fashion Week in the Phillipines and a healthy dose of the Med Space, Pacha, ES Paridis and a Residency at Manumission in IBIZA, accompanied by a sprinkling of the uks finer floors have given Lisa a firm idea of the worldly offerings available.

With a diary full of clubs like this, I’m sure it will come as no surprise that Lisa has spun with the most alluring of superstar dj talent. Cox, Tong, Oakenfold, Emerson, Rampling, Fontaine, Dave Seaman, SASHA, Digweed, Danny Howells, Felix DA Housecat, Sister Bliss, Smokin Jo, Tall Paul, Brandon Block, Alex P, Lottie, and so many more have all shared deck space, hedonistic nights and fuzzy mornings with The UK’s First Female DJ.

Lisa continues to headline and will be gracing the decks of festivals across the UK, including Alfresco, Live Forever and Wonky Factory, as well as Mucky Weekender and Clockwork Orange to name a few.

It’s a soundtrack to the coolest party of your life and everyone’s invited. In short it rocks and above all it’s Loud! M8 Magazine Scotland where Lisa was there cover star. “Not one of these droll down in the mouth DJ’s who have their eyes transfixed on the faders instead of the floor. Lisa busily bounced around, juggling three decks and a mixer, larged it up with the crowd and autographed records for her adoring fans………..What a doll!!!!!! Juice Magazine Kuala Lumpur.