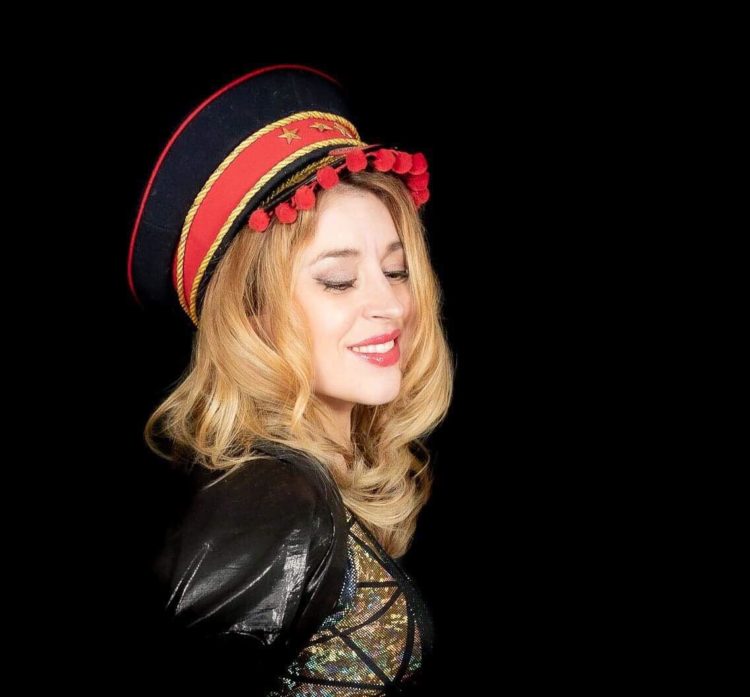 Miss C aka Chloe Sinclair is an absolute star. It really is that simple.

This talent is not only a bad ass DJ but she promotes, organizes, sings, raps, does stand up comedy, presents, acts, does voice overs & more. There’s really nothing this extremely intelligent bundle of laughter cannot do & do extremely well indeed.

Growing up living in the same house as the KLF & being around the Orb & Adamski was always going to have an impact on Chloe as a child, so it was no surprise when at 16 she started MCing at under 18s kids events with huge DJ names like Mickey Finn, Nicky Blackmarket, Darren J & others calling herself Miss MC. Chloe then went on to MC alongside the likes of MC Fearless, MC MC, & Stevie Hyper D on the drum & bass scene before getting recaptured in the late 90s by the House music she’d grown up listening to.

As singer, songwriter & co-producer Chloe toured in the band Friends, Lovers & Family from 2000-2007, while at the same time she slowly nurtured her love of playing House Music. It was in 2000 that she changed her name from Miss MC to Miss C, which of course made more sense now being a DJ as well as a MC.

Miss C plays a no-nonsense, infectious style of house music that ranges from deep to soulful to jacking to tech & all variations in between. Her tight mixing & ability to read crowds gives Chloe a command of vibes when spinning that not many people have. You can tell what a joker she is in her sets as they can become very mischevious indeed. Miss C has very eclectic taste & has also been known to play Reggae, Dub, Soul, Funk, Rare Groove & Disco on her radio shows.

Chloe also has a rich history in putting on & promoting her own events as well as working with others like Superfreq & Wiggle. She put on the Through The Looking Glass events. These were voted best alternative interactive events in Time Out 2 years running in London & she also hosted Through The Looking Glass at The Secret Garden Party. Miss C currently hosts her extremely underground Todo Vale events in London & is patiently awaiting this pandemic to pass so she can get back to putting on these amazing boutique events.
Miss C currently hosts her Waffle Hostage Facebook page & weekly Radio show for Back2LifeSessions on Mixlr & has been doing radio for the best part of 15 years having studied radio production. Chloe is also an actor, presenter, voice over artist & a comedian, all of which Chloe works into her DJ & radio performances.