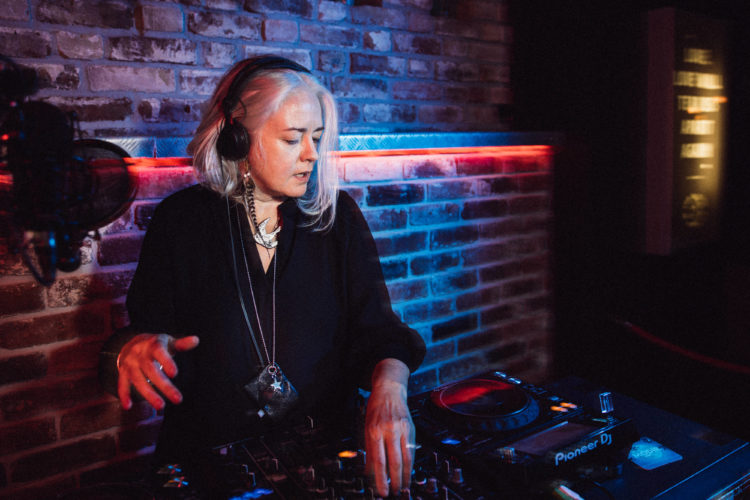 As a kid in inner City Liverpool. Cindy was fascinated by the Jukebox in the pubs she grew up in, in fact she was fascinated by anything techie so PacMan and Sidearms definitely got more play than your average five-year-old might or should be exposed to.

The jukebox guy would to rock up, every two weeks and give Cindy the records he took out. She remembers they had no centre and for what felt like years, she only had three of them to use. Cindy had to swap them out after playing three records. Not an easy task when you’re five but she did become adept at that and in reaching into the record player to set up the auto-arm to drop each track one after the other.

So… this is mid 1970… Gladys Night and the Pips, Donna Summer, Chic and Rose Royce are topping the charts.

Not a bad education, even though Cindy was too young to understand the impact of those 45 records would have.

Right there the love of music was well and truly established…

Twelve years later and Cindy found herself at the centre of the music culture across the UK and took to the decks like a natural.

Cindy was hooked on early house, techno and trance and took them into the studio at Children of Kaos in Plymouth (who Cindy could not have become a DJ without) and spent hours practicing to record her a first mix that included early Tod Terry, DIY and Smokin Beats…

Cindy is back on the decks after finally going digital in 2017 and… it was not long before the calling of her early musical exposure to Disco, Funk and Soul pulled her back toward Raregroove, Classic and Modern Disco.

Cindy has since played out in venues and Festivals across the UK to include Give, Boomtown, Westival and Orchard with a catalogue of raregroove, classic and modern disco to include of the producers on the books of Downtown Disco who make up the initial line up for the launch of Culture Seventy Six.

Cindy is the founder and business partner of C76 with Si Gordon.