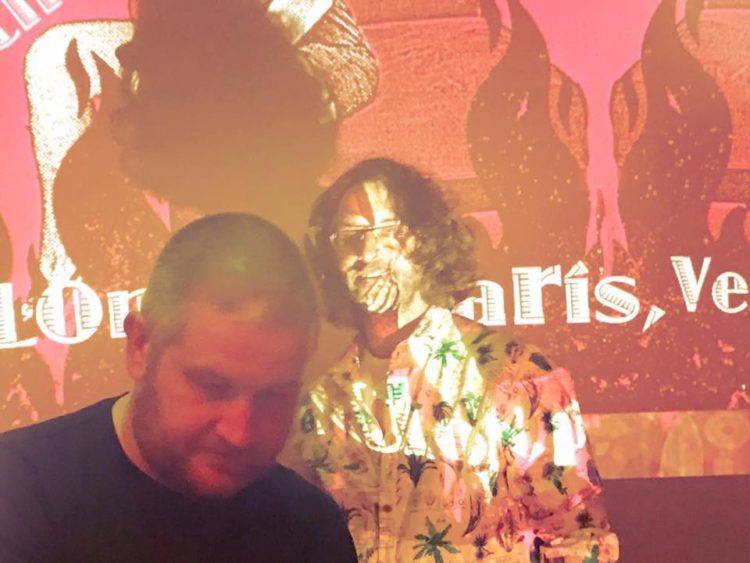 The Mongolian Disco Show started after 2 friends had a late call up to host the front bar at a Cuban Brothers gig at a bar/club – The Sandsifter. No plan was in order and not having had the chance (due to other commitments) to actually hear much of what each other play, it ended up being a riot, so much so that the Cuban Brothers finished by 11.30pm to come and party!

“The name comes from an old night that Cutmaster Ghengis used to run, and we liked the fact that it didn’t pigeonhole us into the usual “deep dark step” or “Taiwanese hacker core” or whatever the latest sub-sub-genre that’s all over the press! It meant we could diversify and play what and how we wanted.”

Since their humble beginnings, they’re still as humble yet have a reputation for throwing down eclectic, informed and diverse party rocking sets without all the throwing your arms about!

Gentlemen Purveyors of the BIG Sound… You gotta expect the expected and the unexpected!

Wax slinging the globe from the plains of Mongolia to Paris, London, Ventongimps and beyond!!

Rocking many a venue over the past couple of years such as SkyBar, SAS Ball, Barnfest, Boardmasters, The Masked Ball, 8bar Falmouth, The Old Grammar School Truro, Fistral Beach Bar, Taphouse St Agnes, The Underground Falmouth, Pure Newquay … these 2 guys are well established DJ’s in their own right but raise the bar even higher when they’re together!