NATZ and DANAE B 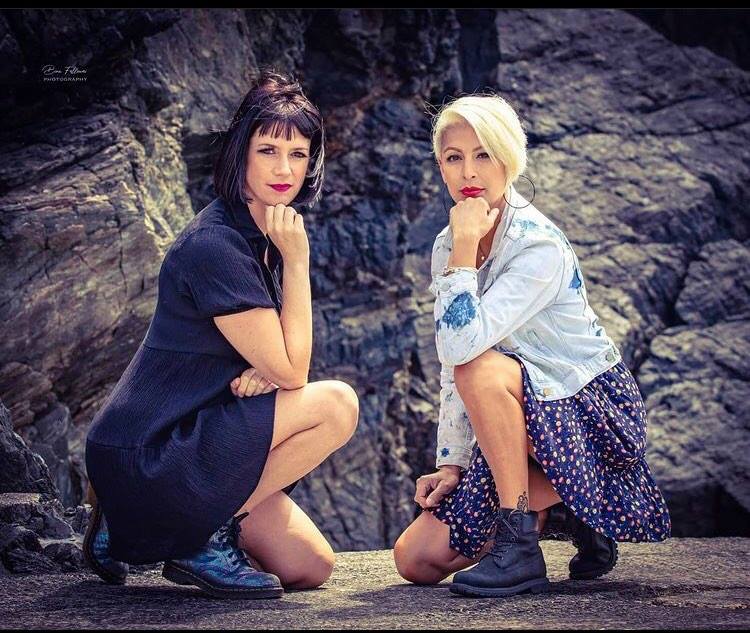 Natz is a high-energy DJ and producer purveying the freshest womping kicks and high hat flicks. Always the dance floor enthusiast she loves to mix up a variety of electro, techno, breaks, booty tech and ghetto to keep everyone moving.

Everything goes as long as it keeps you on your toes and creates a feel-good atmosphere; expect the unexpected.

In addition Natz has risen in popularity in the UK underground scene as her techno music is well matched to the community spirit ethos rather than commercial enterprise. She’s demonstrated the harder side of her musical taste through the free party rave scene which is all about pushing boundaries and reinvention; the best going harder, faster and stronger. Predict fat acid riffs for a Natz vinyl set, and the 303 trademark sounds with the beats she’s producing.

You can keep up to date with Natz antics by following her Insta and keep an eye on her Soundcloud for upcoming releases at @officialdjnatz. Ooze authenticity and believe in the magic of music.

Natz is well-known on the Southwest club, bar and festival circuit and for running her own event Dead Disco along with her DJ duo partner Danae B.

Having musical influences in her life since childhood, Danae embarked on her DJ’ing journey in the mid 90’s mixing Ragga Jungle. Since then, Danae has experimented with most genres of music when she discovered her love for House Music.

In her mid 20’s Danae began to play in clubs across the Home Counties, London and the Midlands and spent her weekends in Massive Records and Slough Record Centre hunting out house bangers.

In recent days Danae has teamed up with Natz to form a female DJ duo and has had great success across the Southwest club and festival circuit and has launched The Dead Disco with Natz. Danae is high energy DJ renowned for playing “all things house” and her passion for music exudes in her sets when she takes you on a musical journey with eclectic collection of sounds.