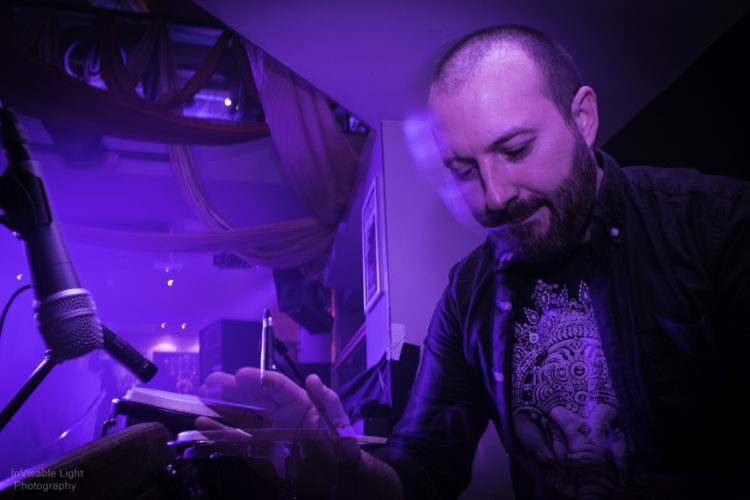 Olly has been playing percussion since the age of 12, and gigging from around the age of 14, sneaking into pubs and clubs around his native Kent. At age 17 he joined Bud Power, a 9 piece jazz-funk outfit and toured the UK playing venues in every major city throughout the mid to late 90s. During this time Olly also toured with such legends as Santana, Del Amitri and The Happy Mondays

Shortly after the turn of the century, Olly took a hiatus from playing and touring to focus on a hugely successful career in hedge fund management. Then in 2015 he picked up his bongos once more and started playing shows with DJ /Producer Enyon at his Modern Disco events and other national gigs. He hasn’t looked back since.