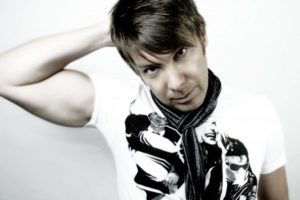 On the surface Culture Seventy Six (C76) is somewhere between disco and boogie, but it would be a sad injustice to stop digging there, go deeper and you’ll also find the core elements of soul and funk as part of the musically atheistic landscape of this burgeoning company.  C76 has been created out of it’s influence and love of disco from it’s most memorable year, and with the huge resurgence of disco, soul and funk infused music, the people behind this unique brand felt it was time to bring some of the current scenes playmakers to the South West of England.

The summer of 2020 in Cornwall will experience a unique one off event staged in a beautiful hotel location, which looks out over the golden sand drench Fistral Beach in sunny Newquay. On Friday 30th July 2021. The South West leg of the Downtown Disco UK & European Tour is excusive to C76 featuring an all star line up including Dr Packer of Glitterbox and Salsoul Records fame, Michael Gray of disco house stalwarts Full Intention and Ian Ossia of Downtown Disco, Big Love and Masterworks Music with support from Enyon of Plaizir Muzic and Modern Disco, MODIR Disco Hustle (C76) plus guests…

The event will feature two rooms of glorious sound, lighting, projections and décor with further production treats all carefully chosen to compliment the music and atmosphere in each space. These include a vintage fashion show in partnership with El Hobo @elhobostore. You will experience something truly inclusive and unique amongst like-minded music lovers. The event will run from 8pm through to 4am (6am licence being considered) with First Tier Tickets priced at £15, and if you require a room in the hotel itself then move fast as C76 discounted rooms are limited due to the time of year.

Tickets and Accommodation are available now from – Tickettailor